Without doubt, Max Maynard was one of the most intriguing characters in the history of our Club as he crossed our stage in the 1930s. A restless and enigmatic figure, he was born in India in 1903 of missionary parents and came to Victoria in 1912, where he was destined to leave an important legacy in the art history of the province.

In 1927, he met a fellow intellectual spirit in Jack Shadbolt, who also taught art in a local elementary school. Maynard had exhibited four times with the Island Arts and Crafts Society but neither had any formal art training. They had both become devotees of the Group of Seven and became frequent visitors to Emily Carr’s studio, realizing that she was a mature artist who had already received national attention and was well-versed in the latest trends in the art world thanks to her sojourn in France. This had left her frustrated in her efforts to throw off the yoke of conservatism in Victoria, and notably in the ranks of the IACS.Emily initially welcomed the support of like souls expressing the spirit of the land and received them hospitably with cookies and cocoa. Gradually, though, she became irritated at their precocity and proselytizing, and harbouring a suspicion that Max, whose criticism “was not worth a sniff,” was stealing her artistic ideas. “Despicable cads” is how she described them to her friend, Edythe Hembroff. Fortunately, these acolytes resisted her snubs and enjoyed a valuable learning experience which would influence their own painting styles. They would also become her important allies in the cause of “modern art.” 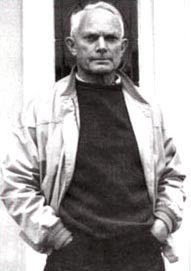 As daughter Rona amusingly recalled, her school-teacher father would “often bound out at the end of the day, sketchbook tucked under his arm, to meet a stout, middle-aged woman at the wheel of a waiting sedan. The sight of her mesmerized the kids. They had no idea she was going to be a famous artist. Her name was Emily Carr, and she had come to take her acolyte, Max Maynard, sketching.”In 1932, as IACS Vice-President, Max made a positive contribution to the cause by persuading the Executive to permit the inclusion of a separate “Modern Room” in the forthcoming IACS Annual Exhibition. The seven contributing artists were Emily Carr, Edythe Hembroff, Max Maynard, Jack Shadbolt, Ina Uhthoff, Ronald Bladen and John McDonald. Max produced one hundred copies of a manifesto entitled “The Modern Point of View” for free distribution. His standpoint was that he had always been strangely moved by nature and had set out to communicate the colour and inner meaning of a visual experience rather than describe the literal facts. Sadly, reception to this imaginative event was disappointing, and most copies of Max’s manifesto were stolen during one of his coffee breaks. The Modern Room made little lasting impression on the public of Victoria, who would have to wait another two decades for further enlightenment on contemporary art, this time with the advent of a new art gallery with a progressive director in Colin Graham. Meanwhile the IACS, with the exception of a few of its artists, reverted to the traditional way of its comfort zone. However, according to his colleague Edythe Hembroff, the Modern Room experience gave Max the self-confidence to expand his art from sketches and lino-cuts to oils and in a larger format. He remained in Victoria until 1938, developing his own distinctive version of Cubist-style images, but unlike Emily, his mentor, failing to win accolades outside of western Canada. Max left his mark during a stint as Interim Director of the Vancouver Art Gallery in the 1940s, and later moved on to an extensive and distinguished career as a professor of English Literature at the University of New Hampshire. J. Dennis Robinson, a former student, remembered him as an intense character and a brilliant lecturer, with the gift of bringing his subject vividly to life. Yet she got the impression that Max still thought of himself primarily as a painter. Robinson describes how Max would draw masterful sketches on the chalkboard and leave his students gazing in surprise as he erased them. Indeed, Max was highly skilled in drawing, particularly the human figure, although he is perhaps best known for his 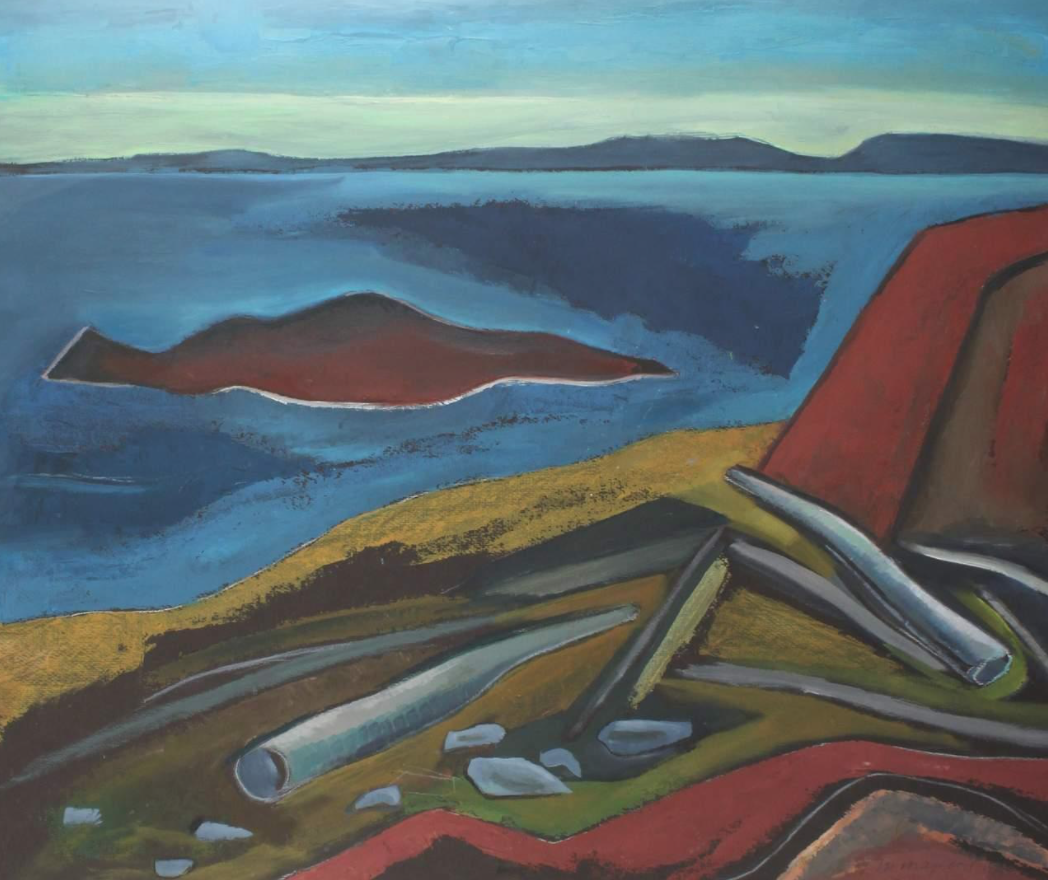 abstracted landscapes with their brilliant colours, usually based on sketches from his ramblings. On retirement from teaching in 1973, Max took off for England, where he resumed painting, still seeking the fame as an artist that had eluded him over half a century. He returned for his final years to Victoria in 1978 where he finally exhibited in galleries in Canada and the United States. Although he now enjoyed some appreciation in his native land, it probably left his craving for the true recognition unrequited.   Max Maynard passed away in a Victoria seniors’ home in 1982.Illustrations:  (1) Max Maynard (1903-1982);  (2) Logs on a Beach, oil on paper, 25 x 30 in.
- April 30, 2022 No comments: