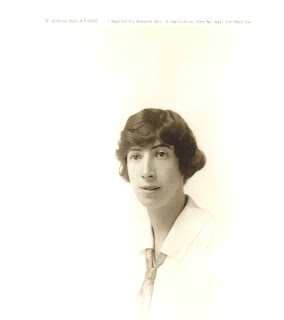 Ina D.D. Uhthoff was born in Kirn, Scotland in 1889. Raised in Glasgow, she attended the Glasgow School of Art and, after graduation, became a high school art teacher. While in Scotland, her work was shown at the Royal Scottish Academy.

She immigrated to Canada in 1913, living in the area of the Kootenays in British Columbia for several years. In 1926, she moved to Victoria with her two children, set up a teaching studio and was introduced to non-objective art by Seattle artist Mark Tobey.

Membership of the Island Arts and Crafts Society brought her into touch with the likes of Emily Carr, Max Maynard and Jack Shadbolt.  In 1937, she established the Victoria School of Art, teaching virtually all subjects herself. She endeavoured to open the minds of her students and allow them to see beyond realism to formalism and abstraction, and periodically experimented with these styles in her own work. Although Uhthoff was forced to close the school at the beginning of World War II, she continued to offer private art lessons until 1951, in addition to teaching a government-commissioned correspondence course.

In 1945, she took on the responsibility of running The Little Centre, a small public gallery, and was instrumental in the establishment of the Art Gallery of Greater Victoria in 1951, serving on the Board of Directors and the Exhibitions and Accessions Committee into the 1960s, while writing a regular art column in Victoria's Daily Colonist.

Although the output of her own art work was limited by her devotion to teaching and administrative duties in the field of art, Ina Uhthoff was well recognized as an accomplished painter who worked with ease in a variety of media. Sympathizing with abstract art without fully adopting it, she is best remembered for her portraits and series of oil and watercolour landscapes which powerfully capture the mood of her physical surroundings. As well as exhibiting with the Island Arts and Craft Society between 1925 and 1947, Uhthoff exhibited frequently with the British Columbia Society of Artists and at the Art Gallery of Greater Victoria. She was a member of the Royal Society of Arts and the British Columbia Society of Artists.