Our club predecessors have always found the means to contribute to art education in the community over the years. Countless members have provided private instruction, the likes of Margaret Kitto, Ina Uhthoff and Will Menelaws became well-known art teachers at local schools, and Uhthoff founded and ran the Victoria School of Art.

However, our outstanding figure in the field of art education was undoubtedly John Kyle, who spanned half a century as artist, teacher, educator, administrator, author, and illustrator. Thanks to Victoria Art historian Gary Sim, Kyle’s remarkable achievements have been well documented.John Kyle wa 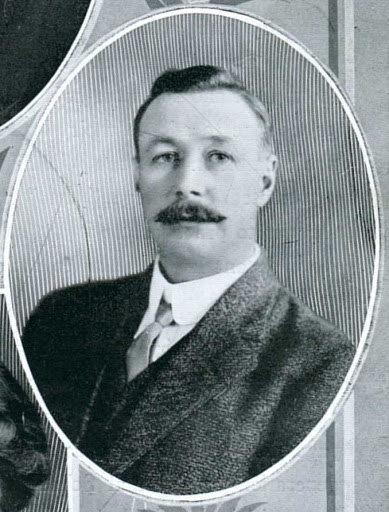 s born in 1871 to an artistic family in Hawick, Scotland, and he began his career as a watchmaker/jeweler while taking art courses at night school, at which he showed natural talents. Following a period working as a certified art teacher, he won a scholarship to the Royal College of Art in London, emerging as an Associate (ARCA) with Honours.After further art training in Bruges and Paris, he again took up school teaching positions in Britain before emigrating to Canada in 1905, where he was appointed Art Supervisor for City Schools in Vancouver. He also worked as an art illustrator and published a series of articles on sketching. Kyle was a founder member of the B.C. Society of Fine Arts (BCSFA), established in Vancouver in 1908 and contributed to its first annual exhibition the following year. The same year he also joined former BCSFA colleagues Samuel McClure and Emily Carr in the newly created Island Arts Club in Victoria, and later lent his experience in the addition of a craft section to what became the Island Arts and Crafts Society.In 1913 he was appointed Director of Technical Education for the Province of British Columbia, a post he was to hold for the next quarter of a century, using its scope to start evening art classes in six Vancouver schools and taking art education to every school board throughout the province. Among other of Kyle’s achievements was the development of correspondence course, including reaching out to Nanaimo coal miners and children in isolated lighthouses.   His advice was sought by the B.C. Art League, formed in 1921 with the twin goals of creating both an art school and an art gallery in Vancouver. He was largely instrumental in allowing the Vancouver School of Decorative and Applied Arts  (now the Emily Carr University of Art and Design) to take its first students in 1925.From 1927 to 1936, he was Director of the Teachers Provincial Summer School in Victoria. In this capacity, having the insight to recognize Emily Carr’s unique gifts, he was the first to sponsor an exhibition of her work for the benefit of teachers from across the province.   It should be noted that Kyle’s range of knowledge and skills embraced a wide range of the crafts, demonstrated in 1931 by his publication, Design for Industrial Arts, which he wrote and illustrated as a resource for teaching woodwork, lettering and metalwork. In his own words, “creative thought and motor activities have been brought into close relationship; aesthetic and constructive problems are correlated with each other and the educational worth of industrial arts has been increased, enriched and dignified.”Even after his retirement from the position of Technical Director of Education in 1938 at the age of 67, Kyle continued with the teaching of two of the provincial correspondence courses in art which he initiated many years before. The following year he became president of the ailing Island Arts and Crafts Society, and, as what turned out to be the last holder of that office, he unselfishly guided it through the difficult WW2 years until his 80th year in 1951. This period also allowed him to resume a painting career denied him during the years of intense teaching and administrative duties. Fittingly, he had one major retrospective solo exhibition of twenty of his oil and watercolour paintings at the new Art Gallery of Greater Victoria in 1957. John Kyle was still teaching virtually up to his death in 1958, when a tribute in the Province newspaper described him as “an outstanding educationalist and one of the most influential men in the history of British Columbia Arts and Crafts.”
- July 31, 2021