Our Club records in hardcopy for the inter-war period are very sparse, and we are fortunate that this void has been filled to some degree by a scrapbook, which young people in today’s electronic age might place in the same era as the abacus.

This volume consists solely of clippings from the two local newspapers of that era, the Daily Colonist and the Victoria Times, which in 1979 would be amalgamated to give us the current Times-Colonist. It was fortunate that the local press at that time gave assiduous attention to the goings-on at the Island Arts and Crafts Society (IACS). Consequently, the scrapbook succeeds in giving us a wealth of detail and a thread of continuity to the life of the IACS during a period which saw the rise and fall of its fortunes.The custodian of this tome was a Scot by the name of Donald Cameron, a well known and respected member of the Society. Born in Aberdeen in 1866, he studied art at the South Kensington Art School in London and the Scottish Educational Department. He emigrated to Canada, and became an early member of the IACS, contributing to the Society’s annual exhibitions from 1911 to 1936. Cameron also exhibited in Vancouver, staged individual exhibitions, and with other Society members showed at the arts section of the Willows Agricultural Fair. After occupying various executive positions in the Society from the mid-1920s, he served as president from 1933 to 1935. 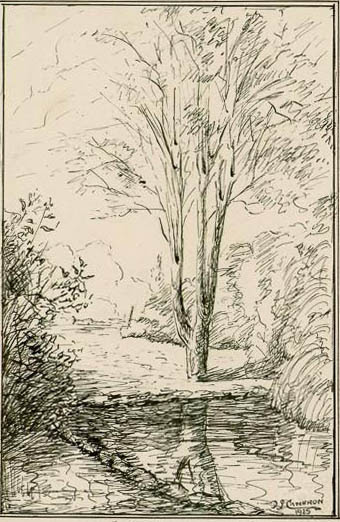 As an artist, he was adept in both watercolours, oils and pastels. An accomplished sketcher, he was an original member of the Society’s Sketch Club component. Painting in a traditional style, he was credited with a Corot-like deftness in his landscapes, typified by his 1927 Broom in Beacon Hill Park (see below). His work currently features in the collection of the BC Royal Museum Archives. (Left: Beacon Hill Park, ink on paper 12.5 x 18.0 cm)His labours on the scrapbook are in keeping with his reputation as a conscientious administrator, known for his exhibition cataloguing and recordkeeping of Society activities.  Cameron resigned from the Society following the e 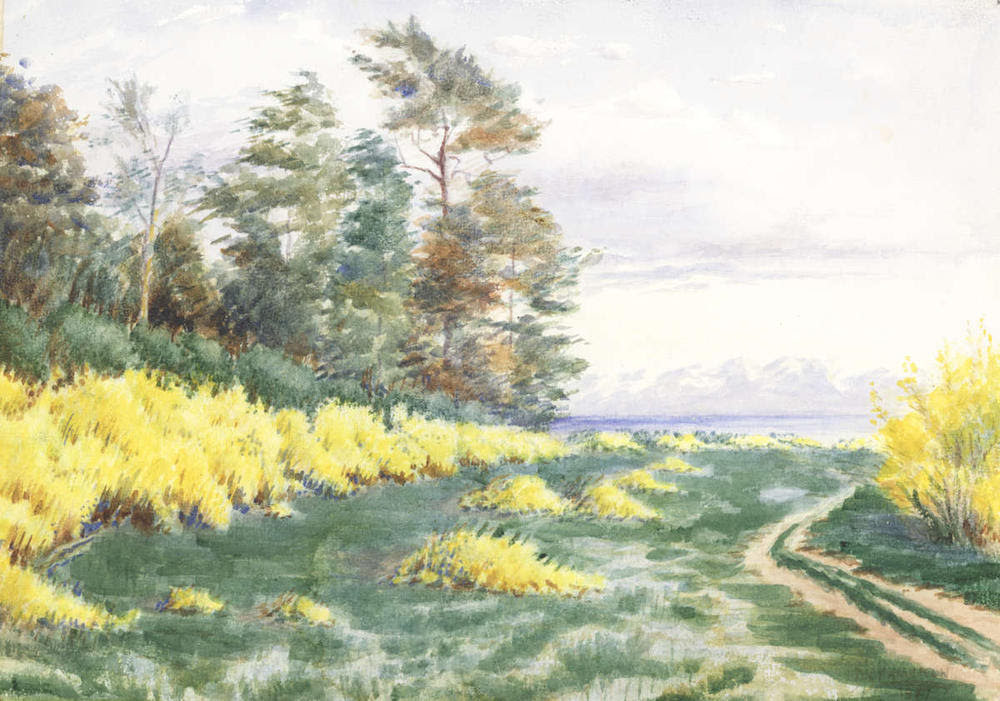 nd of his second year as President in 1935, and signed off his scrapbook duties with this short note posted in his elegant handwriting:"This page practically closes my active connection with the Island Arts and Craft Society – having retired at the General Meeting, which was held December 4th, 1935."Donald Stewart Cameron died in Victoria in 1941.
- September 30, 2021