As a newspaper delivery boy in 1947, one of the addresses on 11-year old Hugh’s route was 1201 Fort Street, a stately mansion in which two old sisters were spending their declining days.  When the last of the sisters passed away, and following the auctioning of household effects, the lady who had long cared for the sisters invited Hugh and other neighbourhood kids to see in the house they had long viewed with childlike awe. 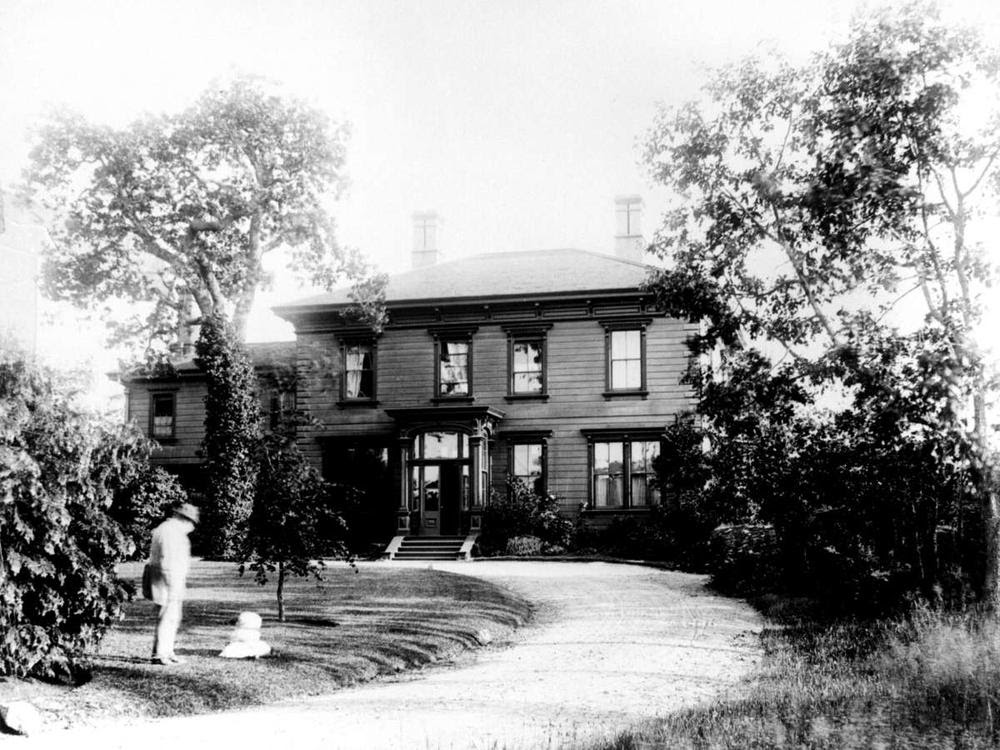 Wandering through the empty rooms, Hugh discovered some turn-of-the-century newspapers and a battered leather-bound old book containing seeds and plants in a cupboard. He was told that he could keep the tome.This Italianate house-- known as Pentrelew-- had, in fact, had been the home of the distinguished Crease family since 1875. The widowed Lady Sarah Crease (pictured below left), a talented artist, and her daughter Josephine had been charter members of the Island Arts Club at its foundation in 1909. Together with Sarah’s other artistic children-- Lindley, who died in 1940, and Susan -- the family provided a consistent backbone to the organization. Their home became a popular venue for the meeting of artists. The loss of Josephine and Susan in 1947 marked the end of an era.The former paperbo 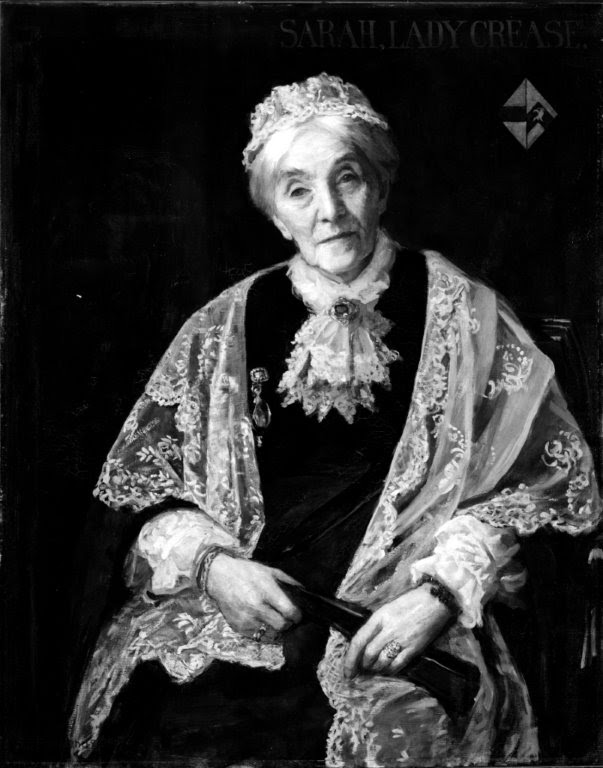 y was Hugh Curtis, and was destined to make his own claim to fame. After graduation and an award-winning career in radio, he entered political life with the Saanich Council in 1972, subsequently becoming mayor and first chairman of the Capital Regional District. He moved into provincial politics and held several provincial cabinet portfolios, including the finance ministry in Premier Bill Bennett’s government. Years later, in 1998, when Hugh was cleaning out his own collections, he came across the battered old souvenir from Pentrelew. He contacted the Royal BC Museum about his find, and was referred to the Provincial Museum of Alberta where a chord was struck.The story dates back to 1857, when a scientific survey of an alleged drought-ridden area of the prairies was undertaken, financed by the British government. Known as the Palliser Expedition, this three-year study collected information on plants, animals, weather and other factors which could determine the prospects for agriculture in that environment.Featured heavily in the final report was the work of well-known botanist Eugene Bourgeau whose task was to collect seeds and plants for the Kew Gardens research centre in London. Bourgeau presented his own record of this work, kept in a leather-bound book, to colleague John Lindley, a British professor of botany and secretary of the Royal Botanical Society. In turn, Lindley passed the book to his artistic daughter Sarah, who had provided illustrations for his own published works. Sarah went on to marry Henry Pellew Crease, and took the Bourgeau book to Canada when she moved there to join her husband, who would embark on a successful law career in British Columbia and eventually earn a knighthood. To cap off the saga, in 1998, the former newspaper kid (pictured below) was flown to Edmonton, court 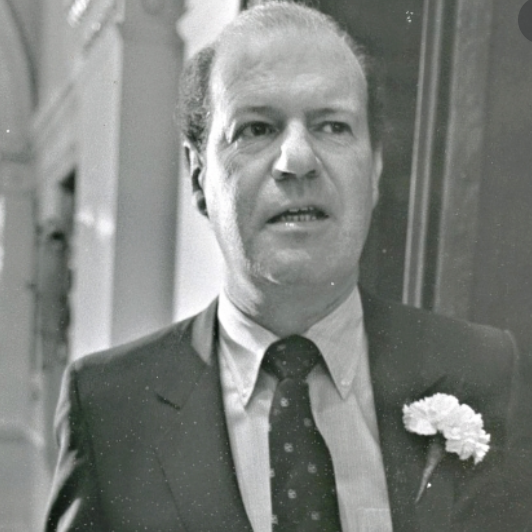