It was at the 1927 Island Arts and Crafts Society’s annual show that Miss E. Bainbridge-Smith, a first-time exhibitor, submitted seven oil paintings, one of which, entitled “A Forest Trail,” sold for the princely sum of $20. Despite a record attendance of 1,000 that year at the Belmont Building, this piece was one of  only nine sales, a modest outcome from the 287 pictures on display, which included an unsold four from an “outsider,” Fred Varley, an original member of the “Group of Seven” and recently appointed to the Vancouver School of Art.

Bainbridge-Smith’s promising contribution seemed to tail off in subsequent years, accounting for just ten more paintings up to and including the 1940 exhibition. However, thanks to a history of Cordova Bay - “Sea-Lake” - by author Anne Pearson - we are offered an insight into a very interesting character, described as “a slightly eccentric, intelligent, wealthy woman, who dared to smoke cigarettes and drive English cars.” This was a lady of parts, of which a love of paintings was only one component of a determination to live life to the full. Bainbridge-Smith was in fact a niece of Lord Haliburton, also being related to the author Richard Haliburton. After cultivated land became available on the Cordova Bay Ridge in 1908, she bought a substantial plot in the area with the bright notion of establishing a girl’s 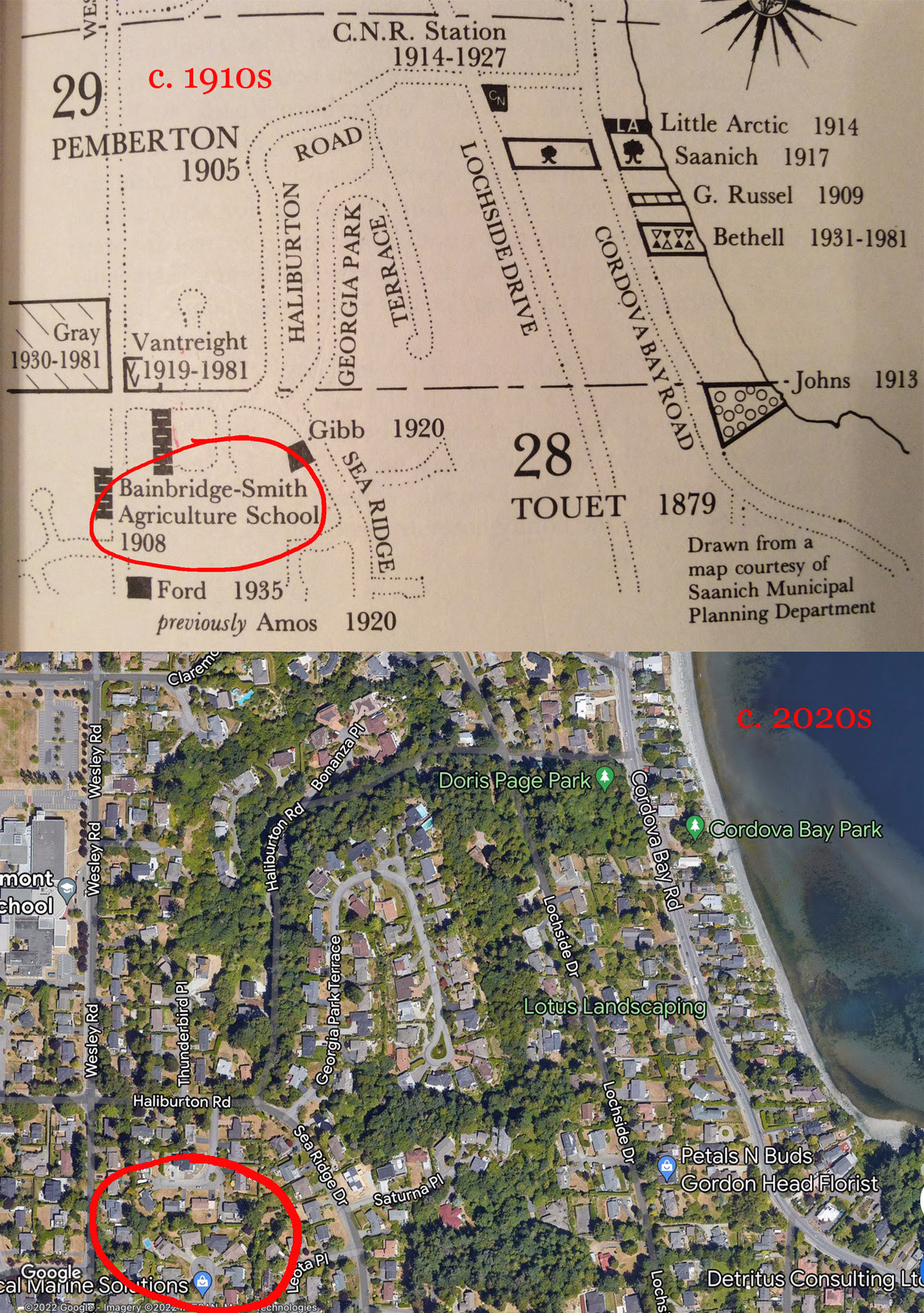 agricultural school for “refined young English girls immigrating to Canada.” This institution appears in the “Englishwoman’s Year Book, 1914” under the more pretentious moniker of “Haliburton College for Gentlewomen.” The lucky students were to be housed in an adjacent red barn.  This ambitious project was enthusiastically supported by another pioneer and neighbour, one Major Barton, a retired parson of independent wealth, with a passion for agricultural pursuits.  He tried, with some proven success, to teach the girls some of his skills, including laying apple and cherry orchards, some of which being still in evidence today. In the event, although the school survived for only a few years, it could boast some success as a marriage bureau as some of the farm trainees, perhaps showing where their true interests really lay, won the hearts of local farmers. Unphased, the colourful Bainbridge-Smith lived in her Wesley Road house for another thirty years, enjoying world tours, happily painting the local scenery, generously presenting her works to friends and neighbours, and perhaps denying the IACS some of her best artistic talent.
- January 31, 2022