Jack Shadbolt, like sometime kindred spirit Max Maynard, was also a Club member of the 1930s, and was destined to make a great impression on the national art scene.

He was born in 1909 in Shoeburyness, England, came to Canada in 1912, and from 1914 was raised in Victoria. He took various classes on the theory of art which exposed him to the influence of the Group of Seven and contemporary movements in the art world before becoming an art teacher in an elementary school.  With his friend Maynard, he developed a passion for outdoor sketching and decided to become an artist. He met Emily Carr in 1930 and became a frequent visitor to her home. With fellow members of the Island Arts and Craft Society, Maynard, Emily Carr and Edythe Hembroff, he participated in the "Modern Room" section of the Society's 1932 exhibition, as part of the group's struggle to be understood in a local culture that was not ready for “modern art.” 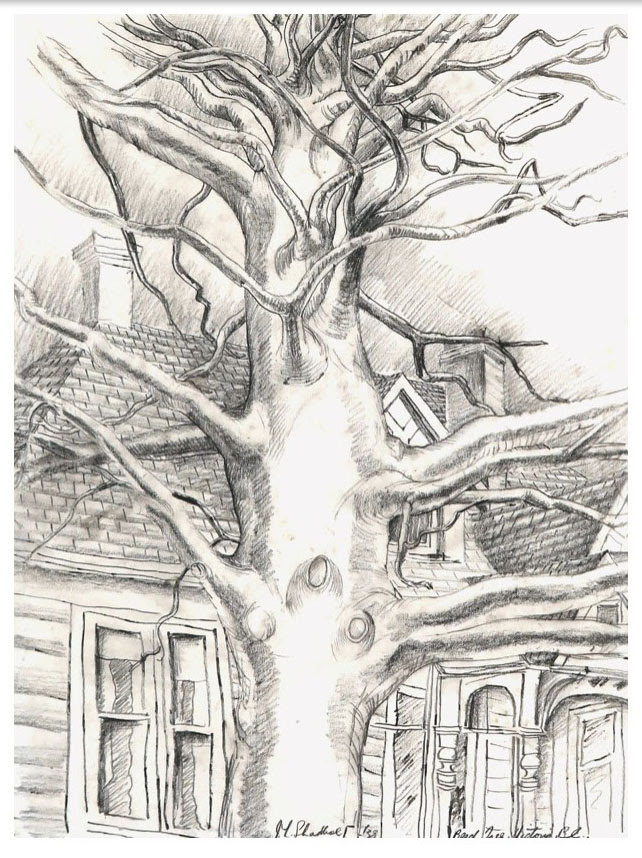 Interestingly, up to 1932, Shadbolt had never received any formal practical art training, nor had he exhibited anywhere nor drawn a figure. But he had become devoted to art, and as he confided to Edythe Hembroff, his school teaching experience “was a great liberation… I learned much from their visualizing and conceptualizing processes.”   Despite sometimes bitter personality clashes with Emily Carr, Jack, like Max, fell under her artistic influence. According to Hembroff, who organized a reconstruction of the Modern Room fifty years later, Jack’s landscapes already reflected the structured sky and formalized foliage of Emily’s canvases hanging nearby.    Shadbolt left Victoria in 1933, travelling by car across the USA to Chicago and New York, where he stayed for some months studying rather than practising art. He went on to study art in London and Paris, and from 1938 taught and studied with Fred Varley at the Vancouver School of Art.  During World War II he became an official war artist in the Canadian Army and produced drawings illustrating the London Blitz and the horrors of concentration camps. He later returned to his faculty position at the School of Art until his retirement in 1966, when he devoted more time to his painting and contributed to the development of abstraction and modernism in this region. Establishing himself as one of Canada's most important artists and art teachers, he became known for the distinctive style of his paintings and murals with social and political messages stemming from his personal experiences from wartime 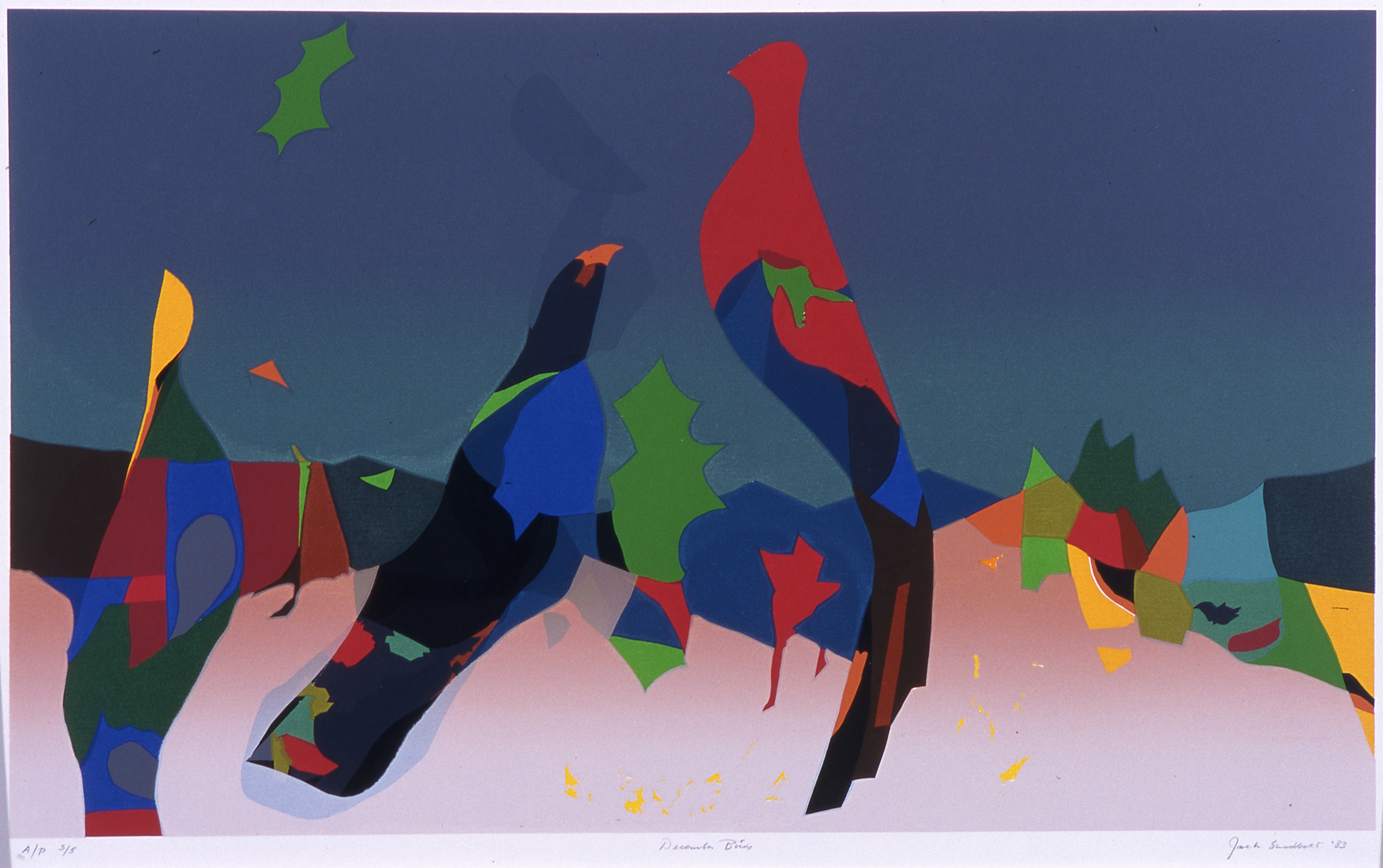 and a concern with aboriginal and environmental issues. His stated mission was to articulate the language of form and the evocation of experience. Jack Shadbolt became an Officer of the Order of Canada in 1972, and in 1987, together with his wife, he founded a charitable Institution for the Visual Arts to support and recognize achievements of artists in the province. Painting up to the end of his life, he died in 1998 at the age of 89.
- June 07, 2022