Whilst Teresa Victoria Wylde may be regarded as one of the lesser-known lights of the local art scene, she nevertheless made an intriguing contribution during a relatively short association with our Club a century ago.

Born in Victoria in 1870 of English parentage, Teresa was raised in a succession of downtown homes, one of which was sited where the Victoria Public Library now stands on Blanshard Street. With the advantage of a relatively well-to-do family, Teresa was able to move to England in 1892 to attend the Kensington School of Art in London. As a result of this experience, according to one critic, she displayed “a fearless manipulation of colours.” She resided in London until 1909, and during this period she achieved four showings at the Royal Academy, including what is thought to be her prime work, “This is the World and 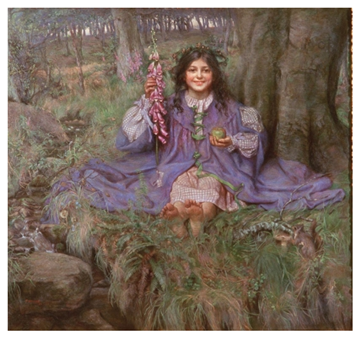 I am King.”  This picture is in vivid purple and subdued greens, showing a smiling dark-haired girl sitting at the root of a gigantic beach tree, playing at being a Queen.Returning home to Victoria, she exhibited at the Studio Club and the BC Society of Fine Arts in Vancouver, where she had a studio from which she taught classes.  Teresa was a close friend of the already established Sophie Pemberton and the up-and-coming Emily Carr, and together with Sophie helped to persuade Emily to follow their example and further her art education abroad. London was the obvious venue, although many considered other European art schools superior, provided that the student could cope with the language question.  The same pair also prompted Emily to adopt a brighter palette and give less attention to detail.Teresa, like Emily, was one of the founder members of the Island Arts Club set up in 1909. At its first annual exhibition in 1910, she contributed 12 paintings, one of which, priced at an impressive $950, had been displayed at the Royal Academy the previous year.  Although a fine landscape painter, her real forte was portraiture, in which she was credited by a Victoria Daily Times critic with “lines carefully drawn and expressions life-like.” One of her subjects was Dr. Edward Hassell, House Physician at the Royal Jubilee Hospital, a two-time Club president and fellow Club Charter Member. Another was a Lieutenant-Governor of BC, Thomas Paterson, featured in a striking full-length portrait in official uniform. 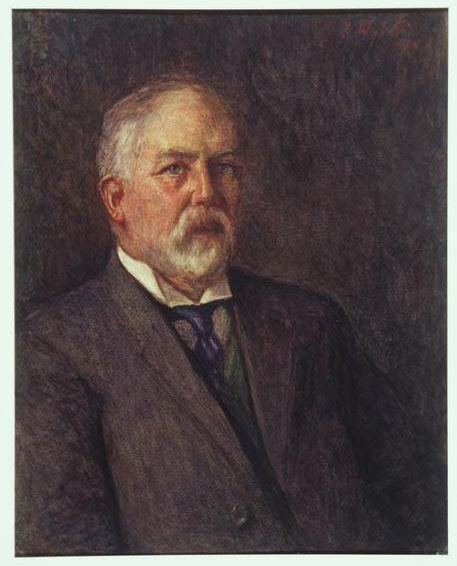 Teresa last contributed to the Club’s annual show in 1920. Sadly, her talent would soon be lost to Victoria. After a short stay with family members in Shawnigan Lake, where her brother owned Strathcona Lodge, Teresa moved to London, England, in 1921 with one of her sisters, and eventually settled in a quiet corner of Somerset at her father’s ancestral home.   She died in this picturesque West Country village of Kilmersdon in 1949.  Illustrations:
- July 04, 2022