In a previous History Corner of October 2020, featuring members of our Club who were practicing architects, there was an omission of sufficient significance and interest to be made good this time.

William Jacobus (Jacques) Semeyn was born in Grouw, the Netherlands, in 1890. He inherited the hereditary title of Baron, reportedly bestowed on his family by Prince William of Orange. He trained as an architect in Amsterdam where he practiced for five years before emigrating to Canada, making his way to Vancouver by train.Arriving in Victoria in 1908, he worked with Samuel Maclure who was by that time operating an established and well-respected architectural practice in the city. Like Maclure, Semeyn w 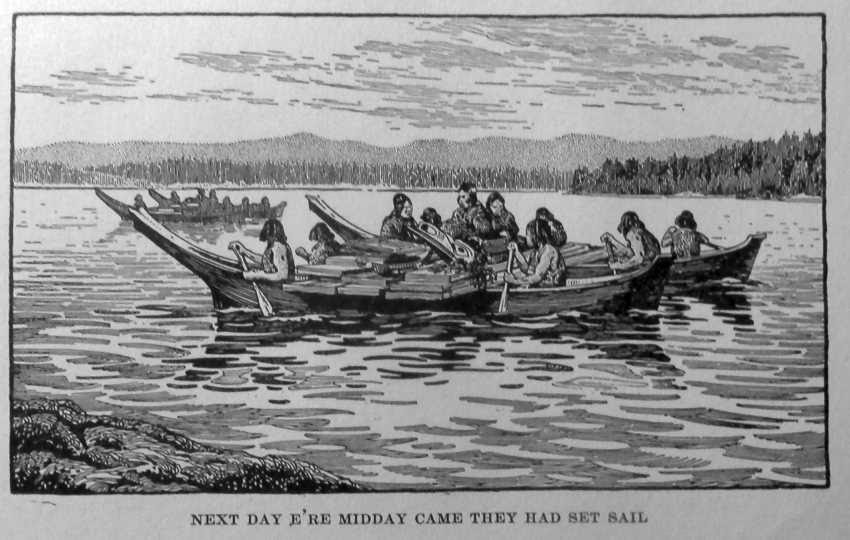 as a talented artist, and together with his fellow architect, he became a founder member of the Island Arts Club in 1909.He first exhibited his artwork at the second annual show of the Club in 1911, contributing three modern decorative designs in oil. Two watercolours in the 1920 exhibition illustrated his versatility, and the 1921 show catalogue listed him as “Instructor in design and interior decoration.” In 1922, he was commissioned to illustrate Alfred Carmichael’s book, “Indian Legends of Vancouver Island,” which described the customs and habits of west coast indigenous peoples (see illustration above).  After his association with Maclure, Semeyn started his own practice and later partnered the English born architect Karl Spurgin before resuming his independence. He registered with the Architectural Institute of British Columbia, retiring as an architect in 1950. Over his career, he experimental with several different styles. One of his best-known creations was the 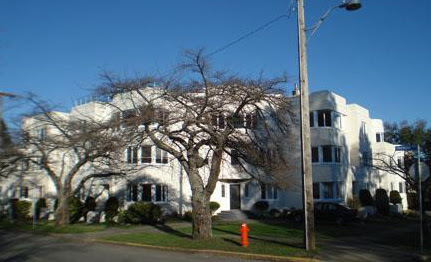 Tweedsmuir Mansions Apartments overlooking Beacon Hill Park, containing Victoria’s first modern “penthouse,” and described in Segger and Franklin’s seminal work on local architecture as “a white stucco butterfly-plan building in the Moderne tradition.” (see illustration). In the late 1930s, Semeyn married Yvette Cross, sister of W.H. Cross, a businessman who had led the financing of the Uplands development prior to  World War II. The couple lived in the family home named “Valrose”, commissioned by Cross in 1915 and today recognized for its heritage value. Semeyn was to reside there until his tragic death in 1952 when, according to his death certificate, he was found drowned after a fall from a boat in Maple Bay.
- October 10, 2022